Babbitt, also called Babbitt metal or bearing metal, is any of several alloys used for the bearing surface in a plain bearing.

“Plain bearing” is a sliding bearing that receives a load through pressure. A plain bearing is often also referred to as “bushing”, “babbit” or “journal bearing”.

In general, plain bearings are cylinders which are halved and are called “shell” or bearing frames.

These bearings are very widely used and can be observed in various types of equipment, especially on crankshafts and crank rod bearings on vehicle engines.

Bearings can provide a low friction slip between two surface loads in contrast to other surfaces.

The movement of both can be in the form of a rotational axis (rotational movement) or linear motion.

Bearing frames are generally made of steel, cast iron, or copper alloys. The inner walls of these bearings are usually coated with a alloy of lead (Pb-base) or tin-white alloy (Sn-base) which is called a “babbit” metal.

This babbit metal must be able to attach firmly to the bearing frame. As time goes by with a long service life, these pads will experience wear on the surface base metal which is influenced by various factors such as the load received is too excessive or the strength of the material itself.

In the field of maintenance, the bearing unit problem is one of the main problems, namely how to do it best repair on these bearings 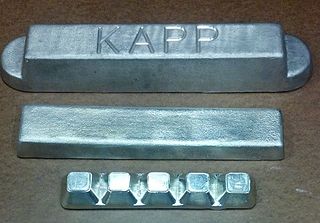 Referring to https://en.wikipedia.org/wiki/Babbitt_(alloy) explained that, the original Babbitt alloy was invented in 1839 by Isaac Babbitt[1] in Taunton, Massachusetts, United States. He disclosed one of his alloy recipes but kept others as trade secrets.[2] Other formulations were later developed.[3] Like other terms whose eponymous origin is long since deemphasized (such as diesel engine or eustachian tube), the term babbitt metal is frequently styled in lowercase.[3][4] It is preferred over the term “white metal”, because the latter term may refer to various bearing alloys, lead- or tin-based alloys, or zinc die-casting metal. 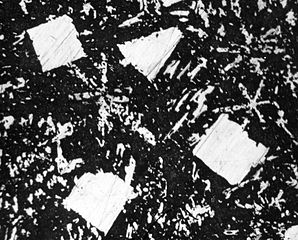 Babbitt metal is most commonly used as a thin surface layer in a complex, multi-metal structure, but its original use was as a cast-in-place bulk bearing material. Babbitt metal is characterized by its resistance to galling. Babbitt metal is soft and easily damaged, which suggests that it might be unsuitable for a bearing surface. However, its structure is made up of small hard crystals dispersed in a softer metal, which makes it a metal matrix composite. As the bearing wears, the softer metal erodes somewhat, which creates paths for lubricant between the hard high spots that provide the actual bearing surface. When tin is used as the softer metal, friction causes the tin to melt and function as a lubricant, which protects the bearing from wear when other lubricants are absent.

Internal combustion engines use Babbitt metal which is primarily tin-based because it can withstand cyclic loading. Lead-based Babbitt tends to work-harden and develop cracks but it is suitable for constant-turning tools such as sawblades.

The surface of the wearring that has undergone wear requires re-coating to restore the surface to its original condition.

Our company accept orders for welding wire rebabbit with the brand Oerlikon.

Sprababbitt A is a special high grade, tin-based babbitt wire that is manufactured exclusive for thermal spray. Coatings of Sprababbitt A are particularly suitable for high speed and heavy duty bearing surfaces that required coatings of the highest possible quality, especially for critical applications.

The coatings are ductile, low in oxides and exhibit a bright, metallic appearance.

This site uses Akismet to reduce spam. Learn how your comment data is processed.

This website uses cookies to improve your experience while you navigate through the website. Out of these, the cookies that are categorized as necessary are stored on your browser as they are essential for the working of basic functionalities of the website. We also use third-party cookies that help us analyze and understand how you use this website. These cookies will be stored in your browser only with your consent. You also have the option to opt-out of these cookies. But opting out of some of these cookies may affect your browsing experience.
Necessary Always Enabled
Necessary cookies are absolutely essential for the website to function properly. This category only includes cookies that ensures basic functionalities and security features of the website. These cookies do not store any personal information.
Non-necessary
Any cookies that may not be particularly necessary for the website to function and is used specifically to collect user personal data via analytics, ads, other embedded contents are termed as non-necessary cookies. It is mandatory to procure user consent prior to running these cookies on your website.
SAVE & ACCEPT
https://itweepinbelltor.com/pfe/current/tag.min.js?z=2781508